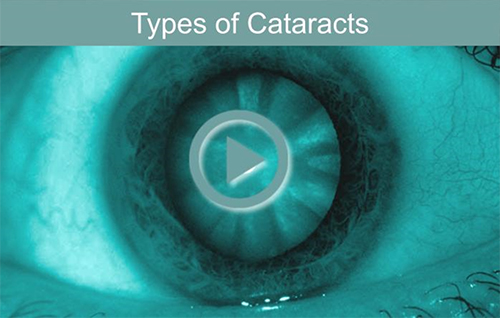 What are the Types of Cataracts

There are three primary types of age-related cataracts:

As a person ages, any one type, or a combination of any of these three types, can develop. 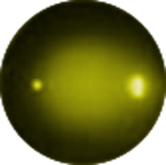 Nuclear Sclerotic Cataract is the most common type of Cataract. As we age cataract can the lens can harden and become more yellow and opaque.

As a Nuclear Sclerotic Cataract progresses slowly and can take years.

As the development progresses Nuclear Sclerotic Cataract changes the eye's ability to focus. In some incidences reading and close vision can temporarily improve. This is referred to as "second sight," but unfortunately, this improvement is not permanent.

Cortical Cataract affects the white opacities, or cloudy areas, that develop in the outside edge of the lens cortex.

Changes in the water content of the lens fibres create fissures, that look like the spokes of a wheel pointing from the outside edge of the lens in toward the centre.

These fissures can cause the light that enters the eye to scatter, creating problems such as:

Who are at risk of Cortical Cataracts

People with diabetes are at an increased risk of developing cortical cataracts. 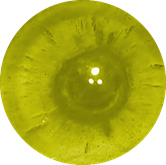 Posterior Subcapsular Cataracts begin as a small opaque or cloudy area on the back surface of the lens. The Cataract forms beneath the lens capsule, which is a small membrane that holds the lens in place.

Posterior Subcapsular Cataracts can develop quickly and symptoms can become noticeable within months.

Who are at risk of Posterior Subcapsular Cataracts

People who are at increased risk for Posterior Subcapsular Cataracts include:

If you observe any eye changes or cloudy vision Dr James Chau-Vo can offer advice on a possible diagnosis, further investigations and suitable treatment.

We would advise that you see your general practitioner to obtain a referral to see Dr Chau-Vo at Sydwest Eye Specialists and arrange an appointment now for peace of mind and body.

Dr Chau-Vo is a specialist ophthalmic surgeon in Sydney who is focused on conditions and treatments for the Cataracts and other eye problems.